How Businesses Can Benefit From AR And SEO

"How Angular JS And ASP.NET Could Influence Future Of Web Development" 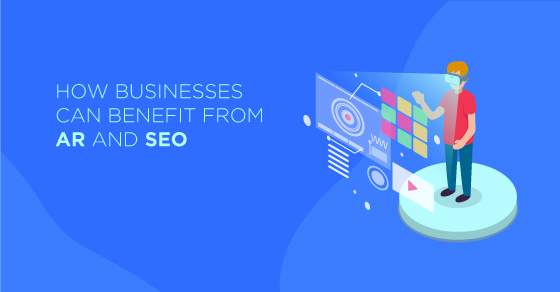 It would be relevant that a basic understanding of Augmented Reality seeks to provide to the user is done. Augmented Reality aims to mould the digital information to be better suited to the actual user. It is more of a customized approach that seeks to make experiences personal and more targeted. Thus since the very function of the SEO is to direct better-targeted traffic to a site. It would follow that the optimization practices can be adapted to render better Augmented experiences too.

AR techniques use a high degree of technological innovations to interlace the presentations with digital information that is not just relevant but has the most chances of making a conversion. It would only be right that two techniques; the SEO and AR work in tandem to strengthen each other.

Due to the return being provided to investments in the medium is the main reason behind the success of various practices in the digital sphere. For the businesses, since there is an excellent return to the possible successful investment, it would follow that there is an incentive to spend more sums of money in the very pursuit. It would then follow that new techniques are bound to be tried out in promoting business activities than anywhere else.

Better Engagement: By making use of the facility of the SEO practices to engage the customer with the service provider or manufacturer better, it would follow that Augmented Reality facilities can function better by using methods adopted in the SEO. AR would more or less be an extension of the optimization process more than anything else.

Better Conversions rates: When considering the end results to optimization efforts, the efforts which yield the best results regarding conversion to sales would stand out. It is seen that the chances of making a conversion stand to be very high with AR. This has to do with the fact that the customer gets to interact more intimately with the possible product through the AR experience before making a commitment.

Widespread Reach: There are a lot of places around the world that are not easily reached by the physical infrastructure like good roads or rail lines. Here it would be the virtual world that can be used to bring not just benefits to the customer but conveniences too. AR no doubt can be a game changer in this sort of a scenario. Future marketing practices would mean the inclusion of AR techniques more as compared to the present trend.

Cost-Benefit: Since the very existence of a business is to generate a surplus, any activity that can reduce the overheads of a company and increase the sales correspondingly has to be welcomed. With the use of AR, it is possible to create a captive audience for the products quickly and thus enable the business to attain critical mass the sooner.

Why Implement AR On A War Footing

As has been made out in the above, AR can bring in drastic changes to the way people put to use the simple SEO techniques. It helps with the better targeting of the optimization efforts and thus can be considered to be complementary in nature.

What needs to be pointed out in this instance is that there are health benefits to the early birds to Augmented Reality. As more people take to this form of communication, the areas of differentiation get to be fewer as compared to the early days of the technique.

In turn, Search Engine Optimization techniques are going to rely more on the power of the AR to reach out to the consumer. The increasing affordability of the technology makes the use of Augmented Reality feasible and practical in all respects. It is just the mental block of the introduction of something new that has to be got over with.