How Angular JS And ASP.NET Could Influence Future Of Web Development

"How Businesses Can Benefit From AR And SEO" 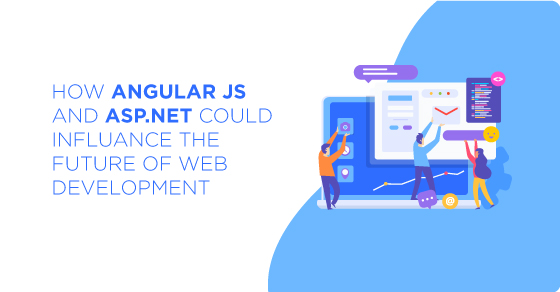 If ever there is a constant when it comes to technology and its applications, then it has to be the change that keeps occurring from time to time. A key element in the introduction of changes is the so-called generational shifts that take place in the use of technology. These changes are more drastic than the day to day variations and point to new thinking in the field.

The relevance of future web development is the coming of age of the mobile apps. There is a dominance of the smartphones when it comes to surfing the web as compared to the more common use of the desktops of the earlier days. Thus it is only reasonable that changes are considered to target the mobile user better as the future of the Internet lies in the hands of the user.

The Coming To The Scene Of The Angular JS Platform

The most notable feature of the applications built with the Angular JS frameworks is the quick responses they provide and the dynamic nature of their performance. Considering that increasingly there is the pressing need to have real-time generated reports and such features, the Angular JS is just right to take over the further development of the applications for the web.

Powering On With The Combined Features Of Angular JS And ASP.NET MVC

There are strong proponents to finding a platform that combines the advantages of the Angular JS and ASP.NET platforms. The benefits to such a functioning system are as detailed in the below.

Reasons For The AngularJS MVC To Be Used In Banking Apps

With the banking apps, there need to be far more critical security features put to place than the more everyday use of the mobile apps. The AngularJS-MVC combination does have the right approach to network security and reliability as being discussed below.

App performance: There is a considerable increase in the speeds at which applications load on the smartphones after being handled by the AngularJS MVC. This would mean a lot more services being offered which need a faster rate of loading.

Extendibility: The banking industry is undergoing rapid changes, and a conventional method to bring in better functionality to the banking app is to add extensions to the codes. The AngularJS MVC does enable this feature and thus be the right choice for the banking industry.

Proprietary software: When it comes to the banking industry, few participants will place their trust in free to use the software. The AngularJS MVC being the proprietary software does have the trust factor in its use. It does help to have the right security certifications as well as being vetted out by the software development industry as well as the banking institutions.