"How Angular JS And ASP.NET Could Influence Future Of Web Development" 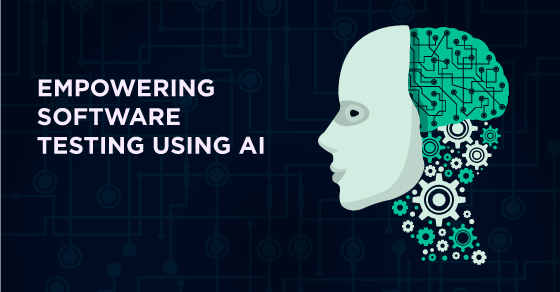 At the first instance, it would only be proper to explain Artificial Intelligence briefly. AI can at best be considered a facility of the machines to be independent of the human operator. It introduces a fair bit of autonomy in the working as compared to the older systems that needed complete human control. The part where AI comes into its own in the repetitive tasks which can have an element of predictability as such.

However, the future of AI holds promise in that it is being used to bring out machines that are entirely free of a human controller and can get to function much better than the human thinking ability. It is still very much early days in the use and development of the AI capabilities, and compared to the humans there still needs to go a long way in developing machines.

How AI Can Be Used To The Field Of Software Testing

The area of software testing uses a fair bit of automation as it does involve a lot of repetitive steps to be performed. Machines can keep at a repeated task for a long time with little issues cropping up than compared to human nature. If indeed the power of AI could be used in the testing procedures, then it would be a further step to introduce a fair amount of predictability in the methods used during testing.

In many ways, the very feature of the software testing that has clear steps to be carried out and is one of the most predictable processes in the field of software development. There is then the need to create the test reports which can be exhaustive at times. These are areas where the mechanized systems would score over the human counterpart.

The Key Criteria To Use While Testing Out Software

It could say that every software has a specific function to do and it would be wrong to have standard tests to vet out the performance of software package. However, there are some common criterions to all software, and it is summarized as follows and more precisely how AI can make a difference to the whole process.

Better quality: It is possible to have much stringent testing procedures with AI, and this does improve on the dependability of the software programs and also its resilience. Mechanization does increase the test cycles which could if otherwise have taken far too much time and effort too.

More trustworthy: The best software must be capable of putting in fault-free service for as long as possible. The very nature of AI in the whole testing process that it is possible to cross-check the building codes for any potential issue makes AI particularly crucial to the test.

Real-time feedback: Since with AI, the most parts and aspects of the software testing are automated. Thus, the result is mostly in real time with a minimal delay experienced, this allows for quick rectification of the problem and hence a faster turnaround of the software too.

Integrated systems: Integrated systems: With the use of AI systems, the process is much better embedded with the source code, and hence the speeds of execution are faster. In many ways, this has to do with the lesser layers between the controller and the peripherals on most occasions.

Although the listed-out features in the above do apply to any software testing and there are occasions need to use rigorous standards and procedures. Since there is a definite cost element to having the software built, the use of AI to automate the system does have its strong points at any instance.

Analysis of test results follows more software tests. This creates a situation that needs better reporting and the study of the data generated. The beauty of AI is its ability to offer as many data references as required without involving many alterations in the system or processes. This does introduce a cost-effective system more robust in the functioning as well.

It would be best to consider that the use of AI to software testing is in the very beginning stages. Future applications of Artificial Intelligence could produce a far focused approach to testing and indeed the results that it brings to software development. The power of thinking machines has to be fully realized at present and if anything the future could well bring some powerful thinking machines.