"5 Things to Know Before Starting With Push Notifications" 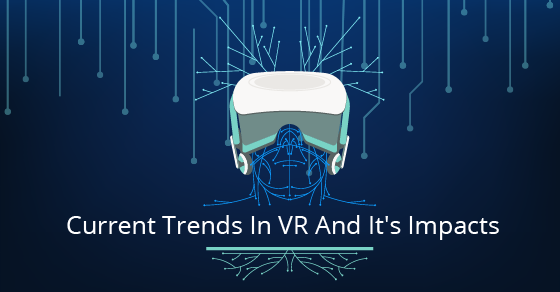 It’s been a year since Virtual Reality technology market has been officially launched through every major VR platforms, from high-quality tethered systems like HTC’s Vive and Facebook’s Oculus Rift to budget-friendly and cheerful smartphone-based platforms like Samsung’s Gear and Google’s Daydream VR.

Now the initial flurry of enthusiasm has died down, but as VR hit the mainstream - it’s peeking over the horizon by leaving more drastic questions: What actually you would be able to do with VR? Is VR just a stepping stone for even more science-fiction future of augmented reality tech?

As VR is aiming for the mainstream from the high-end Oculus Rift to Google, we take a dive into Virtual Reality technology as a tech trend and what exactly you need to know about the VR market for today, and of course, take a look at the market predictions.

What is Virtual Reality technology?

VR is an artificial, computer-generated three-dimensional simulation or recreation of a real-life environment or situation poised to manipulate and explore the way we experience directly in the action while feeling as if you were in that world.

Virtual reality is all about the making of a virtual world that users can experience in such a way that they would unable to differentiate the difference between what is imaginary and what is not. Virtual reality provides user interactions with a perfect blend of digital components to make them feel like they are experiencing the real world, primarily by stimulating their vision and hearing. VR technology can help to achieve a lot of things some of these are

While Virtual Reality (VR) may have its origins in the gaming industry, but its obvious value is not confined to it. In fact, VR has the potential to reshape entire industries, which is both exhilarating and a little scary.

One of the industries in which VR has looming implications is the travel industry. The best use may lie in tourism as the possibilities of VR and travel are endless.

VR offers an opportunity to walk around any destination and soak up the sights and sounds of the surrounding area, making it much easier through virtual exploration to decide where you would like to visit, VR tours for what hotel you would like to stay at and what excursions you would like to book in advance.Adding entertainment to long flights.

Virtual reality technology assists the teaching and learning process by providing an immense way for students to think and process the information.

VR provides new ways in education with virtual lessons with manipulable, 3D versions of the course, materials to interact and gain hands-on experience. With the state of virtual reality, VR offers virtual field trips as an apt engagement for students to experiment and explore the potential learning benefits.

Healthcare is one of the biggest adopters of virtual reality in connection with surgical and non-surgical ways. Plus, it allows telemedicine and diagnostic tools without causing any danger to the patients.

As VR is increasingly going mainstream, there are various points of view on its effectiveness as the benefits of the technology in "bringing to life" and therefore it is "here to stay." VR is a great way as well a “gateway” technology to get accustomed to the future of IT industry.