Your Checklist For A Successful VR App Development Project 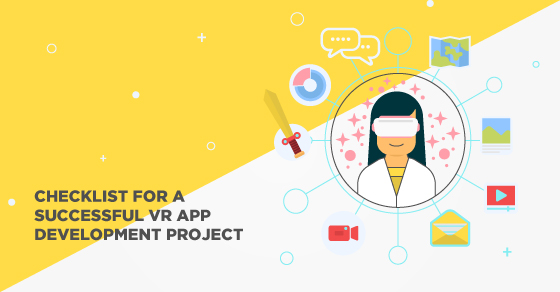 As sky's the limit for VR technology, VR may seem like another industry buzzword. Now everyone has a keen eye on how VR is about to go mainstream and create a fully immersive virtual world for businesses. The applications of VR technology are worth exploring for game-changing results on different business verticals. Yet, user interest still remains less and the cost for VR gear appear to be beyond reach for most users.

Here we take a look at the checklist for a successful VR app development project:

Once you are done with these stages, app testing will come up as the next important process. By the time it gets done, you will end up creating a unique VR app capable of ensuring optimum satisfaction for users.