Why VR Apps Can Be A Game Changer For Your Business 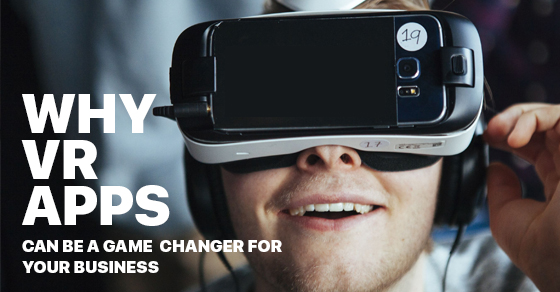 Yes, it's time to say Hello virtual reality, goodbye real world, you know that augmented reality games like Pokemon Go have taken over, unless you've been living under a rock for the last couple of months.

How would virtual reality get into work lives?

One example would be the builders using VR to bring 3D renderings on their projects. It is one thing to look at flat images of a room or building, but it's absolutely a variant experience when you feel like you are standing right there, in the middle of that room.

Five major reasons why virtual reality will be biggest game-changer

Building AR into an end-user application makes them more interactive and captivating to the end users with all possible haste.

Full sensory immersion will make virtual reality unlike from all of its antecedents. Imagine taking a test drive literally without going to the car showroom. What about trialing clothes without going to the boutique? How about trekking Mount Everest from the comfort of your own?

Imagine that you are going out and you’re interacting with others and even network with others as if you were really there. Yes, this is something the Internet has to impart us the possibility to do today, but imagine doing it as your virtual self.

Imagine that you are learning to parachute from a commercial airplane just as simply as you are learning to fly a stealth aircraft. Or, how about the possibility to research geography and culture by flying to a place in a virtual world and seeing, smelling,feeling and even touching the environment

Military applications are one such domain where VR will flourish. The aptness to find yourself in a hostile environment without the risk of real bodily harm, yet have the ability to research and analyze your surroundings through military-style drills, raids, and takeovers will likely be a generous platform for future battles in the real world. But it also gives the potential for enormous benefits in other fields too.

While Google experienced a minor setback with Glass, but its augmented reality headpiece firmly paved the way for future iterations that will make best likely be far less expensive and encroaching on others’ privacy.

The mere thought of this is enough to make a tailspin to our minds . Making use of the haptic feedback and other tactics will stimulate the senses to smell,touch,sound and even taste.

Gearing up to the challenge

While there has been a lot of buzz across the world with the VR,So We’re also cracking the surface with VR/AR steps towards this sector. We proffer the reality services to our clients with wonderful AR visualizations for their audience by unifying imagination,innovations, and research.

Discover every part of your business by the touch of ground-breaking VR technology. Embark your VR journey with us and make out the best from world’s best VR creators. Discover and experience your future with us.