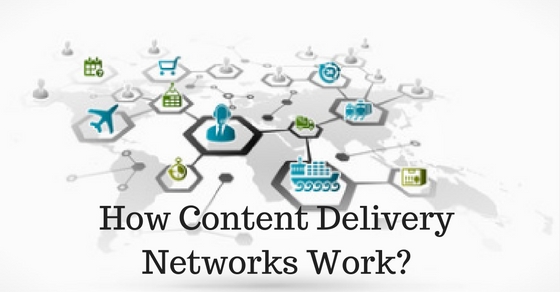 Content Delivery Networks (CDNs) are used throughout the entire internet to distribute all forms of content from a server to end users. For an end user to access this content from a CDN in the first place, there are a few steps taking place behind the scenes.

First of all, when a computer attempts to access content on a CDN it must first of all make a DNS request. In essence, this is similar to looking up a phone number. The computer will enter a domain name and in return it receives an IP address back. The IP address then allows the computer to contact the server directly. The location of these servers in relation to end users’ devices is the major player in determining how quickly two computers can ‘talk’, so to speak.

To allow for maximum potential speeds, while also lowering the costs of data transmission, businesses often set up servers in multiple strategic locations throughout the world: a Content Delivery Network. These servers are referred to as edge servers due to their being the closest access points to the end user from the business’ point of view.

When a device makes a DNS request that goes through a CDN, the server handling DNS requests will first check which edge server is closest to the attempted connection, and from there will route that connection through said nearest server. This is always the first step when handling connections to a CDN, although the sorting process (ie. geographical proximity) can vary depending on how the business prefers it. All the same it will often be the best server for both parties involved that will establish the connection.

However, the items cached have an expiration that can vary in length depending on the business’ or server host’s choosing. A cached entry that hasn’t expired will of course mean that each file must have a unique filename so as not to cause conflicts with any other files in the event that they are cached together, which can cause problems. However, there are workarounds for this where necessary, such as adding identifiers to different files with the same name that allows the server to supply the most recent versions to end users.

CDNs are an extremely important part of how today’s internet functions and will only become more and more efficient and effective as time goes on. There are constant efforts being made to improve their speeds and lower their bandwidth usage to ensure efficiency and cost effectiveness for both end users and content providers.

This site uses Akismet to reduce spam. Learn how your comment data is processed.